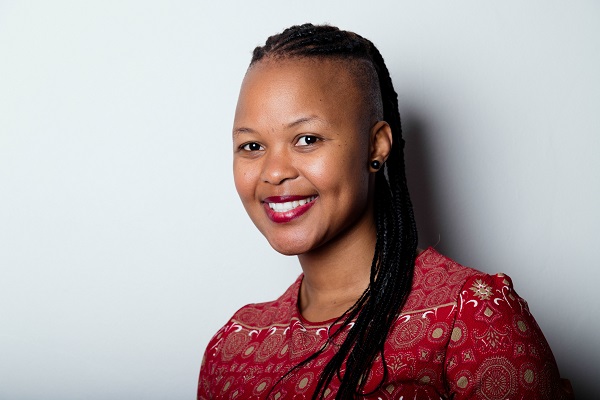 Piles of dirty laundry may be a burden to some, but for Amanda Manyika it’s a ticket to health, freedom and happiness.

The young entrepreneur from the Eastern Cape grew up helping her father at his own laundry business in Springs, 50km east of Johannesburg, swapping free time during school holidays for the chance to earn some pocket money.

“No work, no pay. It was [my father’s] way of teaching us independence,” Manyika explains. “So I sold sweets at school, chicken at work, and hired out tents and chairs on the side.”

Her father’s mantra echoes that of American carmaker Henry Ford when he said, ”There is joy in work. There is no happiness except in the realisation that we have accomplished something.”

But it took a devastating tragedy in 2015 for Manyika to realise she wanted to leave a lasting legacy through her own business, and return to her childhood roots.

“My whole life I was struggling to find the stability of doing work that I loved. Then, in April 2015, I was involved in a car accident while pregnant with twins. I lost one of my sons, but God allowed me to mother one. We spent six months in hospital.”

She says the loss of her son reinforced the notion that life is precious, and that the way people live and work is meant to be significant.

“Through this life-changing experience I was given the inspiration to start Growing Free Laundry & Dry Cleaning in King William’s Town [on the outskirts of Port Elizabeth],” says Manyika. “It opened my eyes to the reality that life is too short to live not be doing what you love, and that you must follow your passions and dreams.”

For Manyika, opening her own business, however gruelling the work, was a means to make a difference in her own life, and the lives of those around her: “I wanted to create jobs for others, and challenge the stigma against black women owning businesses.”

Finding bliss in sweat
Manyika is a firm believer that her own sweat has paved the way to success: “Working in a laundry and dry cleaning is hard work. You stand most of the day and that makes one tired. It teaches you to take care of yourself — to eat healthy, gym and rest as much as you can. By doing those things, it automatically stops you from getting involved in unhealthy habits or, worse, drugs or crime.”

Christopher Bergland, author of The Athlete’s Way: Sweat and the Biology of Bliss, agrees: “Neuroscientists have known for years that dopamine is linked to positive behaviour reinforcement and the ‘ding, ding, ding’ jackpot feeling you get when you accomplish a goal,” Bergland wrote in an article for Psychology Today. “Recently they have also discovered the specific receptors that link dopamine directly to the formation of good and bad habits.”

Bergland argues we can train ourselves to celebrate even the simplest daily tasks, to ensure our bodies get the hit of dopamine we need to move on and pursue larger successes: “We have evolved to have hard work, sweat and perseverance trigger the release of dopamine.”

Manyika must have surely got a dopamine-fuelled jackpot feeling when she recently opened her second Growing Free Laundry branch in the Eastern Cape, where her team offers alterations and garment dyeing, as well as professional cleaning for garments, duvets, upholstery and shoes.

She was able to do so with support from the SAB Foundation Tholoana Programme, a business support programme run by business incubator Fetola. And she’s already making plans for further expansion: “I would like to have the existing branches sustaining themselves, and open more branches in the Eastern Cape where the market allows me to do so.”