The National Qualifications Framework Amendment Act finally came into force last week after a long arduous debate and deliberation in the various levels of Parliament. What was most notable to come out of the Amendment Act, was that it now contains provisions which implement criminality to persons who falsify their qualifications.

What does the law say?

The Act states that it is a criminal offense if anyone “falsely or fraudulently claims to be holding a qualification or part qualification registered on the NQF or awarded by an education institution, skills development provider, QC or obtained from a lawfully recognized foreign institution.”

What does this mean?

This means that for the first-time offenses and accompanying sanctions have been implemented to deal with fake educational institutions and persons who pass off qualifications they know to be falsified. What is quite clear from a reading of the provisions is that a no-nonsense policy has been taken to such an extent that you could be sentenced to a maximum of five years imprisonment for claiming to hold a tertiary education when in fact you do not. How do I as an employer protect my business against fraudulent or falsified credentials? It is important that you as the employer conduct investigations and due diligence on all prospective employees. Have mechanisms in place that allow you to verify the information to ensure that you do not employ anyone who has received a qualification from a fake or bogus educational institution or has submitted falsified credentials. It’s important to note, that the onus does not only rest on employers to verify information and report to the authorities. If any person is aware of credentials being falsified or a fake or bogus educational institution, they too can make a report to the authorities and a formal investigation will ensue and may result in criminal sanctions.

Does this mean that everyone who has a false qualification may be liable for prosecution?

No. Some people may be a victim, and some may be perpetrators. There may be some people who on good faith attended an educational institution believing it to be accredited and moreover believing that the qualification they received there would be valid and legitimate. It will be incumbent on these persons to place evidence before the authorities that he or she was a victim. The South African Qualifications Authority (SAQA) will be however be obliged to investigate and will hand it over to prosecutors if it is a breach of the law.

As a prospective student ensure that you verify the credentials of any educational institution that is new to the industry or is not well documented to establish if they are legitimate. Similarly, it is of paramount importance for an Employer to not accept qualifications on face value but employ a verifying agency that can ensure that you employ persons who actually possess the qualifications for the position you have advertised. 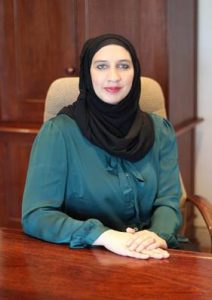 Contact SchoemanLaw Inc today for expert advice on all your Human Resource needs!