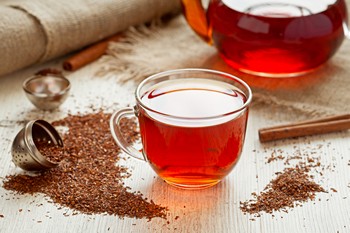 It’s 2019, which means millions of people across Mzansi are making New Year’s resolutions – an annual ritual full of good intentions, but which is often abandoned within weeks of pledging.

According to Time magazine, among the most commonly broken New Year’s resolutions are

2. being less stressed and,

However, South Africans have an advantage in homegrown, Rooibos, which if incorporated into their daily diet, could help them achieve many of their health goals they’ve set for 2019.

Adele du Toit, spokesperson for the SA Rooibos Council (SARC) says by swapping coffee or at least one cup of java for Rooibos tea a day, could help consumers to slim down.

“Many tend to add sugary syrups, whipped cream or heaps of sugar to their coffee to mask the bitter taste, which translates into additional calories and add up if you consider that the average Mzansian consumes roughly about four cups of coffee a day. Whereas, Rooibos tea can be enjoyed as is, because of its naturally sweet taste. It is also caffeine-free and contains very little tannins. If dieters are looking for something sweeter though, they can opt for any of the flavoured Rooibos teas which is just as healthy and is sure to satisfy any taste bud,” she says.

Rooibos can also keep stress and anxiety at bay. Researchers at Stellenbosch University discovered that the tea contains two unique compounds, namely Aspalathin and Nothofagin, which interferes with the production of the stress hormone, cortisol. The two compounds were tested in a lab on adrenal cells that were stimulated to mimic a stress response similar to that which occurs in humans which showed that Rooibos lowered the production of the stress hormone.

Other studies conducted by various academic institutions including the SA Medical Research Council (SAMRC) also found that Rooibos could help stave off non-communicable disease (NCDs) in combination with other healthy lifestyle factors such as quitting smoking, limiting alcohol intake, eating right and exercising.

Du Toit notes that Rooibos is a good source of polyphenols, which are considered an important source of antioxidants in a diet. 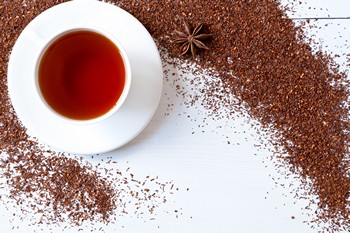 “Polyphenols have anti-inflammatory properties that are good for your brain, heart and gut health and have the potential to reduce inflammation and oxidative stress in the body – the root cause of many diseases of lifestyle, such as high blood pressure, heart disease and diabetes.”

A well-known study conducted by researchers at Cape Peninsula University of Technology (CPUT) showed the positive effect of Rooibos in adults at risk of heart disease after they ingested six cups of the tea daily over a six-week period.

The anti-diabetic properties of Rooibos have also been confirmed by the SAMRC and the Agricultural Research Council (ARC), including studies done in overseas laboratories, which span more than 10 years of intensive work. Collectively, the research suggest that Rooibos has the potential to delay and even prevent the onset and progression of type 2 diabetes – one of the most prevalent diseases of modern times.

All in all, Rooibos tea will help you to reach your health aspirations for the new year. So, be sure to make it a daily companion. For optimal benefits, Du Toit recommends drinking six cups of the brew a day.

For more info on the health benefits of Rooibos, visit www.sarooibos.co.za