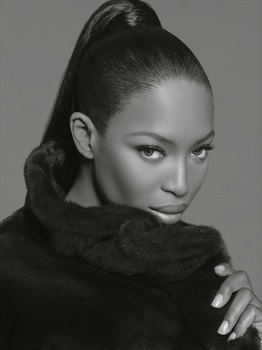 “We are truly honoured to be welcoming Naomi Campbell to the fourth annual FORBES WOMAN AFRICA Leading Women Summit,” commented Methil Renuka, Managing Editor of FORBES AFRICA and FORBES WOMAN AFRICA, and host of this year’s event. “Having established herself as a global powerhouse in fashion, Naomi Campbell has used her fame to benefit vulnerable communities, with much of her charity work also focused on the African continent. We look forward to engaging with her at this year’s ‘New Wealth Creators’ summit.”

British-born Naomi Campbell was one of five original supermodels that revolutionised the fashion industry during the 1990s. Her work on the runway has seen her grace countless magazine covers, as well as featuring in numerous television shows, music videos and films. Naomi Campbell has used her unique position in the spotlight to draw attention to several international charities, among them the Nelson Mandela Children’s Fund, Made in Africa Foundation, amfAR, and Breast Health International.

Her charity work started alongside Nelson Mandela in 1993, with Madiba bestowing her the title of ‘Honorary Granddaughter’ for her ongoing activism. In 2005, Naomi Campbell established her own charity, Fashion for Relief which has presented shows in New York, London, Cannes, Moscow, Mumbai and Dar es Salaam, raising millions of dollars for various worthwhile causes. 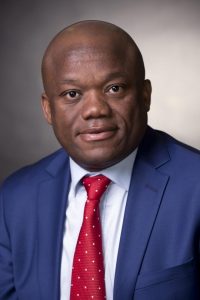 Sihle Zikalala, the KwaZulu-Natal Minister for Economic Development, Tourism and Environmental Affairs, said: “We extend a warm welcome to this year’s headline speaker, Naomi Campbell. We look forward to engaging with her on topics that will extend the positive impact women in this country, and on the continent, are having globally. Her involvement in this event indicates the calibre of this summit, and the strides being taken by African women. We are proud to have been selected as the host venue for the fourth FORBES WOMAN AFRICA Leading Women Summit as this gives us an opportunity to showcase the incredible business opportunities and inviting natural beauty of the place we call home.”

Attendees to the summit, hosted in association with the IDC, will get the chance to engage with a selection of the continent’s most influential women through keynote addresses, panel discussions and personal interviews. In addition to the daytime networking, attendees to the summit are invited to the FORBES WOMAN AFRICA Awards’ – a glamorous gala dinner celebrating those who have made a remarkable impact in the business, sports, science, entertainment and leadership categories. The gala dinner will take place at Durban’s Inkosi Albert Luthuli International Convention Centre.