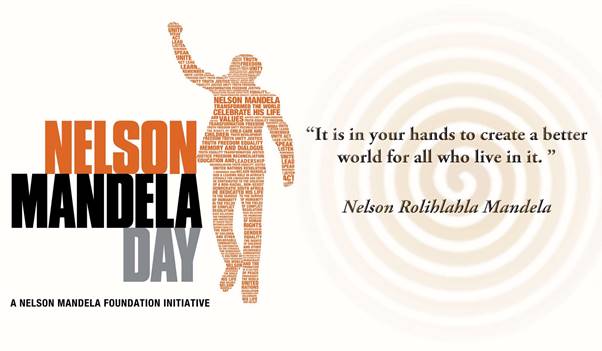 “It was 2pm on Mandela Day at the after-care centre. The children were getting ready to go home when suddenly, 80 volunteers from a large local bank arrived, unannounced. We didn’t know who they were, but they wanted to use their 67 minutes with to volunteer with us. We appreciated the effort, but we had to turn them away, partly because the children were overwhelmed by the many unfamiliar faces, but mostly because we had no time to prepare the volunteers or the children.”

I’ve heard variations of this story from most of the NPOs we work with at Sage Foundation. The common thread is that, while highly appreciated, NPOs feel that Mandela Day activities could have a much bigger impact if they were better planned.

Planning to fail
In a recent poll of over 200 NPOs, we asked them what their biggest challenge was when it came to working with corporates on Mandela Day: 73% cited a lack of planning and failure to include them in the decision-making for the day.

Their second-biggest challenge, cited by 24% of NPOs, was that too many volunteers show up. So, not only do NPOs not know what to expect, but it can feel like an onslaught, despite the good intentions.

When asked what they enjoyed most about Mandela Day, 50% of NPOs said exposure and 34% said engagement with the volunteers.

Yet, because of the planning oversight, Mandela Day tends to be a rushed affair, leaving little time to build relationships or raise awareness about the NPOs’ work, which is what CSR is all about.

So, we asked NPOs how we can do Mandela Day better and what they wished corporates knew about their needs – 36% of NPOs felt that a little education could go a long way.

Here’s a roundup of their best advice:

•‘Include us in the planning’. Meet with your chosen NPO well in advance (weeks, even months before) to discuss their needs and plan the day. Mandela Day can be disruptive, and NPOs, especially those caring for children and the sick and elderly, need time to plan and allocate their own resources.

•‘Help us get exposure’. Exposure is massive for NPOs and is often the biggest benefit of Mandela Day because it can attract new donors and support. Yet, often, it’s the corporates that get all the publicity. When charity initiatives are rushed or planned at the last minute, there’s no time to create awareness on social media, which often gets more corporates interested in what they do.

•‘Treat us how you would a client or business partner’. Don’t cancel Mandela Day activities at the last minute, show up unannounced or not pitch at all. You’re their guest and they feel a lot of pressure to make Mandela Day a good experience for you, too. This is especially hard for smaller NPOs, so please respect their time and space. And please clean up before you leave.

•‘Engage with us’. 58% of NPOs say the company of the volunteers is their favourite part about Mandela Day. Take photos but remember to put the phones away and interact with them. This way, you’ll get a better understanding of what they do and what they need.

This ‘Helper’s High’ goes both ways. One Harvard study found that people who volunteer are 42% happier than those who don’t. Another study found that volunteers were less likely to develop high blood pressure than non-volunteer, reporting greater increases in psychological wellbeing and physical activity.

•‘Slow down’. Corporates squeeze a lot into Mandela Day and, while NPOs love every minute, it often feels rushed and overwhelming. NPOs love demonstrating what they do and the difference they make but there’s often no time on the day to demonstrate this. Also, 67 minutes or even one day once a year is not enough to learn about their needs and make a significant impact but it’s a good starting point, as long as you remember to do it.

•‘Come back soon’. 45% of NPOs said they never hear from the corporates again after Mandela Day. To get the most out of their CSR initiatives and to make measurable, long-term impact, corporates should form partnerships with their chosen NPOs and provide support throughout the year.

South African organisations spent over R9 billion on corporate social investment in the 2016/17 financial year – a massive increase from the R1.5 billion spent 20 years ago.

For those that haven’t had a chance to properly plan their activities for Mandela Day this year, NPOs reminded us that financial support is often better than a frenzied one-day event that leaves a big mess and has no real impact. One NPO had to hire a contractor after Mandela Day to repaint a wall that well-meaning volunteers had left in a worse state than before.

Before doing anything, consider Mandela Day from the NPO’s perspective: ask for permission, give them what they need, and respect their time and space.