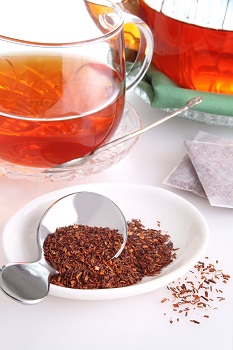 Drinking tea has played a central role in the lives of women across the globe for centuries… It’s hard to imagine a world without tea, but like much of written history, the tale of women’s roles and how instrumental they were in shaping tea commerce as we know it today, has not been well-told.

Women like Mary Tuke (1725-72), who was born in England, was among the first tea merchants to build a chain of tea stores – the equivalent of Starbucks back in the day – and did so amid many jail threats and fines, since many (mainly men) were vehemently opposed to a woman running a business.

Oura Kei from Japan (1850-80s), was pivotal in creating the Japanese tea export market, while Catherine Cranston (1880-1930) from Scotland built a renowned chain of tea rooms in Glasgow, which led to hotels setting aside space for afternoon tea. The list of female tea innovators and influencers, such as Elizabeth Petrovna (Russian), Penelope Barker and Alva Belmont (both American) goes on and on.

To the powerhouse activists of the 1700s to 1900s, having tea wasn’t just an idle pastime, these women used ‘tea gatherings’ to mobilise support for women’s rights, which over time paved the way for the feminine sex to identify outside of the home by obtaining loans to start small enterprises, owning property and frequenting establishments without the companionship of a man.

One could argue that the political March on the 9th of August by more than 20 000 South African women in 1956 to propose amendments to the “pass laws”, was preceded by countless cups of tea shared among the brave women, which included Lilian Ngoyi, Helen Joseph, Rahima Moosa and Sophia Williams, among others, we pay tribute to this Women’s Month. 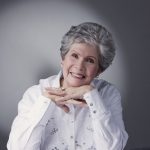 Another remarkable woman who propelled our locally grown tea, Rooibos, to the top of the global tea charts is Dr Annique (Annekie) Theron, fondly known as the “mother of Rooibos”.

She first stumbled upon Rooibos’ healing power 50 years ago (1968) when she gave her allergic baby a warm bottle of Rooibos tea to drink. It was the only thing that settled her allergic reaction – to even mother’s milk – since her birth. Curious about Rooibos, Dr Theron set out to investigate if there could be more to the tea. Since it was difficult to prove her findings as a woman at the time, she struggled and faced great adversity, but couldn’t ignore the miraculous change in her daughter’s health and was dogged in her pursuit to scientifically explore and verify Rooibos’ healing properties.

Adele du Toit, spokesperson for the SA Rooibos Council says today Rooibos is one of the most popular beverages consumed globally thanks to Dr Theron’s discovery.

“Her tenacious and never-give-up attitude has created a booming industry, which has not only contributed to a healthier lifestyle for millions of people, but continues to create opportunities for countless of commercial sectors, while boosting the country’s coffers by an estimated R500 million per annum.

“Since Dr Theron’s discovery, countless of South African women have come to rely on the rare and unique herb for almost every ailment under the sun. Whether it’s having to soothe sunburn, calm a colicky baby, deal with breakouts or breakups, Rooibos has been at the top of nearly every women’s go-to remedy,” remarks du Toit.

For those who haven’t yet discovered its secret health and beauty benefits, here’s why you should make Rooibos part of your daily routine:

It does wonders for your skin
Rooibos is rich in alpha hydroxy and zinc – both important nutrients for healthy skin. Alpha hydroxy not only reduces the signs of aging, but also revitalises the skin. Zinc on the other hand heals wounds, protects against UV rays and has anti-inflammatory properties, which could alleviate acne, pimples and sunburn. Drinking and/or applying Rooibos tea to your skin will improve the skin in the most natural way.

Promises shiny locks
Drinking a cup of Rooibos tea a day could not only keep your locks healthy and strong, but may also help prevent hair loss as its active ingredients help remove dead skin cells that block hair follicles and prevent hair from growing. Rooibos is also packed with minerals such as zinc, calcium, copper and potassium which are essential for hair growth, while the polyphenols (antioxidants) contained in Rooibos promote shiny and soft hair. Aside from drinking the tea, you can prepare your own Rooibos tea rinse at home by steeping the tea for about 30 minutes in boiled water. Once cooled, pour tea over freshly washed or conditioned hair or simply spray it on. Allow tea to sit for 20 minutes before rinsing.

Boosts body from within
The antioxidants in Rooibos, namely aspalathin and nothofagin have anti-inflammatory properties, which assists in preventing cardiovascular disease, while the antiviral properties of these antioxidants boost the immune system. Aspalathin also has a hypoglycemic effect on the body that helps balance blood sugar and improves insulin resistance, which may help prevent one from developing type 2 diabetes.

Gives IBS the boot
Rooibos has also been proven to remedy irritable bowel syndrome (IBS) – a condition commonly diagnosed in women. The antispasmodic agents found in Rooibos help ease stomach aches and pains and aids digestion. It does so by smoothing out the muscles in the gut. So, if you suffer from IBS, try drinking a cup of Rooibos about half an hour before a meal to get the most out of this effect.

Aids in breathing
Rooibos tea will help you breathe easier too, since it’s a bronchodilator (substance that dilates the bronchi and bronchioles in lungs to increase airflow). Many researchers also believe the tea could alleviate the symptoms of asthma.

Improves blood flow
Chrysoeriols is a flavonoid contained in Rooibos which aids in blood circulation and has also been linked to reducing cholesterol.

“As a non-profit organisation, the SA Rooibos Council (SARC), invests significantly in community and social upliftment initiatives specifically pertaining to the Rooibos sector and would like to encourage all women – young and old – to get together by either hosting your own or attending a tea fundraiser to support causes that are near and dear to your hearts this Women’s Day.

“Between the process of brewing to pouring of the pot, to sipping the hot beverage, tea encourages one to slow down and take a moment to reflect. No matter the issue, a cup of (Rooibos we would argue) tea can solve nearly any problem,” says du Toit.