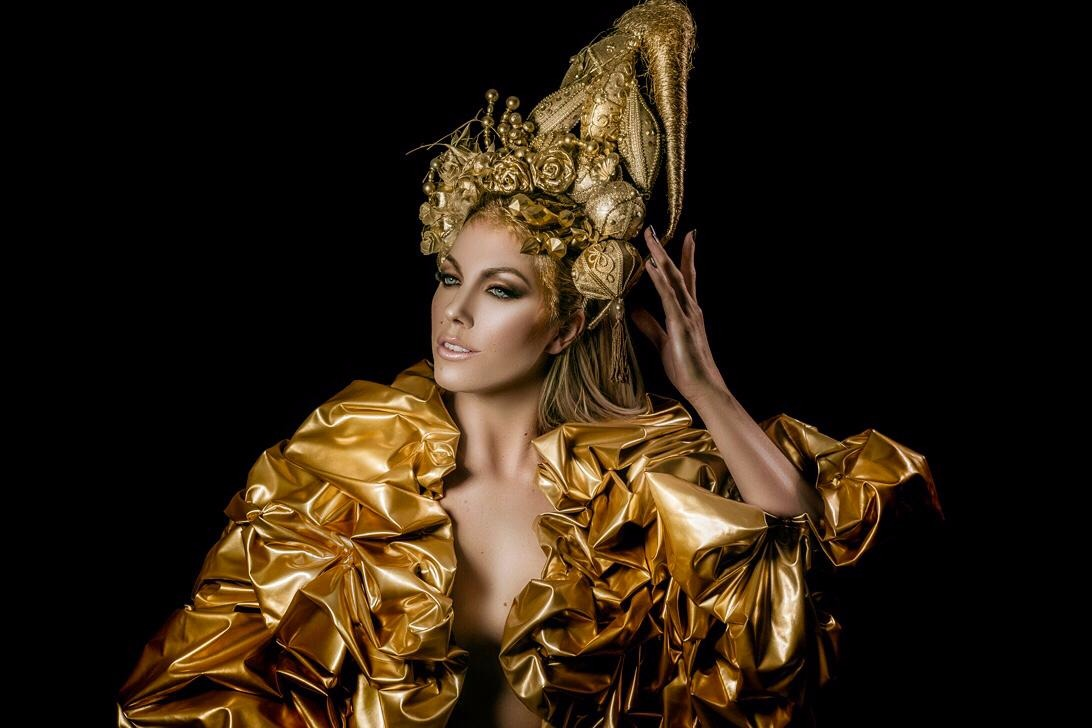 Nicole Capper, Mrs South Africa 2018 has launched a stirring and highly emotive social consciousness project that showcases the resilience of the human spirit through unequivocally creative portrait photography. Appropriately named Uprising – the campaign profiles eight ordinary South Africans, where the golden thread that binds them, is they are people who have chosen life in spite of great hardship and personal pain. They are people who have chosen joy and consciously decided to respond to their circumstances in a way that transforms them and allows them to experience life in anew way; a life full of meaning. Their hardship has not engulfed them nor suffocated their will to overcome their challenge. Instead they choose day after day, to show up, change their story and write their own endings.

According to Capper, the focus of the project is not fixed on the pain – though it’s intricately woven into the very fabric of each story. “It’s on hope and the will to live and thrive in spite of pain; like the phoenix rising from the ashes – it’s a celebration of the triumph of the human spirit.”

The campaign images have been captured by award winning photographer – Yolandi Jacobsz. Dramatic black and gold portraits shot in a way that’s enticing and creative – while telling a story about the rebirth each person has gone through. Shades of dark and light. Pain and rapture. The images were unveiled at a high-profile event at The Melrose Gallery – an exhibition attended by corporates, influencers and media. 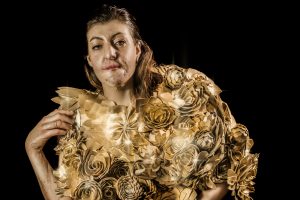 Explaining the rationale behind the use of the colour gold for the campaign – either in sprayed props, make up or costumes – Capper says, “It’s because a precious metal like gold first goes through fire before it’s purified and refined – just as we are when we face trials and challenges that change us”.

No stranger to challenge, Capper’s daughter Tatum was diagnosed with a life-limiting rare disease, Cystic Fibrosis, at six weeks old. At first she wanted to hide away from the world but, she believed she had a choice. She could allow the disease to steal her family’s purpose, and use it as an excuse for complacency; or to consciously go after her dreams despite it, and in so doing, show her children that nothing can hold them back from achieving their goals. So she decided to fight back and it was this diagnosis that gave her a sense of purpose and led her to enter the Mrs South Africa pageant. 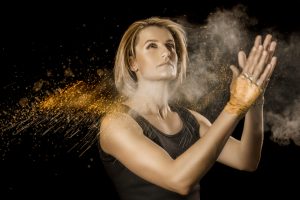 But despite the glitter the fortune and sparkle of the title, it was not to be an easy journey for Capper – for no sooner had she been crowned, than her 11 year marriage fell apart. Commenting on this painful experience, Capper says that with three people in her marriage things were a bit crowded. “Of course having just been crowned Mrs South Africa compromised and complicated my position. Fortunately the Mrs South Africa organisation was very supportive and gave me the freedom to represent the brand as one that stands for female empowerment and community up liftment.”

Pragmatic in her approach, Capper adds that life isn’t a Disney movie and you have to decide how you respond. “There’s no point in denying our stories because when you do they define you. It’s better to own them and in so doing, take your power back. The truth changes everything.

“I used to live in a grey world of perceived perfection. Now I know the best bits of life are those that grow and change you. Hardship is an op­portunity to grow. I aspire to live each day in full colour, knowing that imperfection and authenticity is real beauty. My journey made me choose being present over perfection because life is about so much more than notching up Instagram likes,” says Capper. “Another defining moment in my life was when I came close to death on my Everest Base Camp climb and this experience profoundly changed my world view and further shaped me into who I am today.” 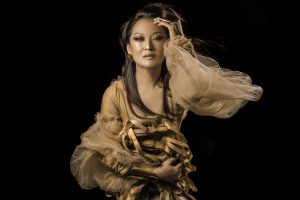 Uprising is the first project to launch under Capper’s #RareHeights initiative. A movement that aims to push people to do more – take on more – be more and to live big! She aspires to inspire people from all walks of life to reach their full potential. In 2018 she tackled both Everest Base Camp and Kilimanjaro, summited local and international peaks and is planning many more adventures where she can take others along with her to rare heights. Not only does Capper want to climb mountains she wants to move them too and in this spirit she arranged a silent auction to sell the campaign portraits for charity. The beneficiaries associated with the project include: Choc, Rare Diseases, Love Justice, Children of Fire and NPO – A beautiful Mind.

Explaining why eight people were selected for the project, Capper says it’s because as a number it represents new beginnings – power and the strength to accomplish your dreams, “And that’s what this project is all about; inspiring people to conquer their demons – to rise again and to be the author of their own story.”

The eight people to bravely share their stories with the world are to be commended for their willingness to be vulnerable – so that others may draw strength from the painful chapters in their lives – which now are on display for all to see: Alessandro Khojane, Angela Yeung, Elsa Bernon, Kalpesh Dave, Kyle Clark, Nandi Koster, Nicole Capper, and Richard Laskey. 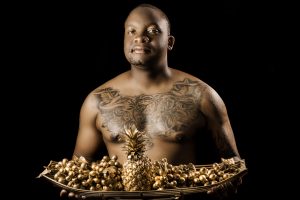 “I have come to realise when we are our most vulnerable that’s when we are our strongest. I am grateful I have had the Mrs South Africa platform to makea difference. I am an ordinary woman trying to do something extraordinary in my community, and hope to inspire South Africans to step out and do the same,” says Capper. “Let’s go to #RareHeights.”

For further information and to view the project images go to https://www.rareheights.co.za/uprising.

Sponsors who contributed to the project include generous support from:

About Nicole Capper:
Nicole Capper, Tammy Taylor Mrs South Africa 2018 is an advocate for women’s rights and speaks out for those who have no voice. She bravely pushes herself to conquer challenges and goes to great lengths and rare heights to raise funds and social consciousness for causes close to her heart – all the while liberating courage in others to do the same.

About the Photographer – Yolandi Jacobsz:
Yolandi Jacobsz is a South African photographer, and an industry professional for over a decade. With editorials and projects featured in esteemed publications, newspapers and online forums such as Beeld, Rapport, Dekat, Marie Claire, fashion magazine Dossier, US fashion magazine Salysé and QPmag – her work is of exceptional quality.

Yolandi does various creative projects annually; many of them have been featured and highly praised online. Juggling two businesses and a personal blog, Yolandi still makes sure her greatest skills get applied to all shoots and all projects. Great care is givento quality and its overall effect.
https://adobe.ly/2PBxhjq